a new study from Krista Varady

upshot: this is a one year study comparing a control group to daily calorie restriction and every other day fasting. 6 months was weight loss; 6 months was weight loss maintenance. the weight loss was the same between ADF and CR; adherence was lower for ADF. It's a shame the didn't throw a 5:2 group into the mix, or eating window-style fasting.
Two mantras to live by:
"Eat (real) food, not too much, mostly plants" Michael Pollan
"Lose weight in the kitchen, gain health in the gym" Yoni Freedhoff 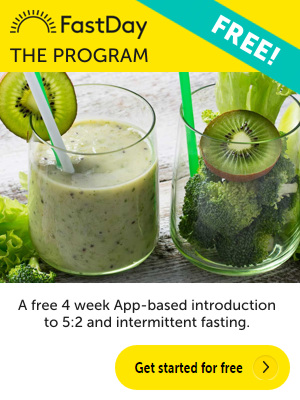 I read once that the best diet is the one you can stick with, and I believe that's what it's all about. I have found that fasting all day is hard for me, but the eating windows are easier and by doing them I am actually restricting my calories most days, but still getting to splurge a bit on the weekends.

But, it was interesting to read. Thanks!

Also, this was ADF and not 5:2, which is much more difficult in my opinion!

They did measure other things: mostly cardiovascular markers, and saw improvements with ADF and CR. I wish they had done leptin and other endocrine markers, or measured BMR. Still a year long controlled study on humans is pretty special , and at the very least, IFers need to temper their claims.

Having said all that, what's important is what works for you , as you say...
Two mantras to live by:
"Eat (real) food, not too much, mostly plants" Michael Pollan
"Lose weight in the kitchen, gain health in the gym" Yoni Freedhoff

What I found interesting is that both groups appeared to gain back some of their loss once on maintenance. Although the 6 month and 12 month weights aren't statistically different, there sure looks like a trend to me!
Goal reached December 2013, weight loss strategy 5:2, weight management strategy is eating a wide range of (mainly) whole foods but am back to following 5:2 for a while. Main eating challenge is the evening munchies!

Compliance is hard with any diet. As someone who has been fasting off and on for over four years, I gotta say, I could not stick with ADF. Way too difficult for me. I've tried.

I definitely agree with @CBlasz - the best diet is the one you can stick with. Whatever way works for you to restrict calories is great. If it also helps you restrict carbs, even a bit, that's even better. Reducing weight will help with so many of these health markers.
Battling a naughty thyroid.

What I found interesting is that both groups appeared to gain back some of their loss once on maintenance. Although the 6 month and 12 month weights aren't statistically different, there sure looks like a trend to me!

The maintenance regimen was a little strange: 50% of TDEE on fast days, 150% on feed days. I think she did it to average out to 100%, which is what the CR group was on during maintenance. We all know you can't maintain weight loss like that because of lowered metabolism, etc., associated with weight loss. It is interesting that the regained weight was so similar between the CR and ADF groups. That might suggest that ADF isn't any better at preventing those metabolic changes than CR, though without actual measurements, it is hard to say. (I can't believe they didn't do leptin - what a shame. it's so rare to see such a well controlled year long study in humans)
Two mantras to live by:
"Eat (real) food, not too much, mostly plants" Michael Pollan
"Lose weight in the kitchen, gain health in the gym" Yoni Freedhoff

P-JK
5:2 for life! 06 Sep 2013, 14:42
Enschede, The Netherlands
700
16 Jul 13
21.63
10kg
Re: a new study from Krista Varady
05 May 2017, 12:34
Interesting study and thanks for posting.
Some observations:
Persons in the ADF group were (compared to instructions), overeating at fast days and undereating at feast days (even eating below TDEE). So in this sense the test was far from perfect. As also indicated by the autors: "Rather, it appears as though many participants in the alternate-day fasting group converted their diet into de facto calorie restriction as the trial progressed."
With that in mind it would be interesting to compare results within the ADF group between those participants that did and those that did not stick to the prescribed way of eating. Although the number of respondents is small within the group, some indications on differences in outcomes would be interesting, as well as an attempt to explain which characteristics might explain sticking to the diet or not, as one of the main issues is not what the health benefits are, but how do we get people to stick to a strategy! Sure, including 5:2 would have been interesting for that question!
The study includes only some data comparing the group that was able to complete the study and those that did not. Apparently out of 86 women 57 finished, 29 not (34%), out of 14 men 12 finished, 2 not (14%). Out of 32 people indicated as 'white' (don't blame me, I did not make the distinction, the autors did), 27 finished, 5 not (16%). Out of 63 'black', 37 finished, 26 not (41%). Don't read me wrong, I'm not suggesting there is a causal effect here, just indicating that it would be interesting to look more into the factors that explain which strategy is doable for which persons. Obviously that would imply that other factors than those that are regularly taken into account in medical research would have to be taken on board in future research, as psychological and social (support) factors are likely to play an important role.
Je maintiendrai
Maintenance report: